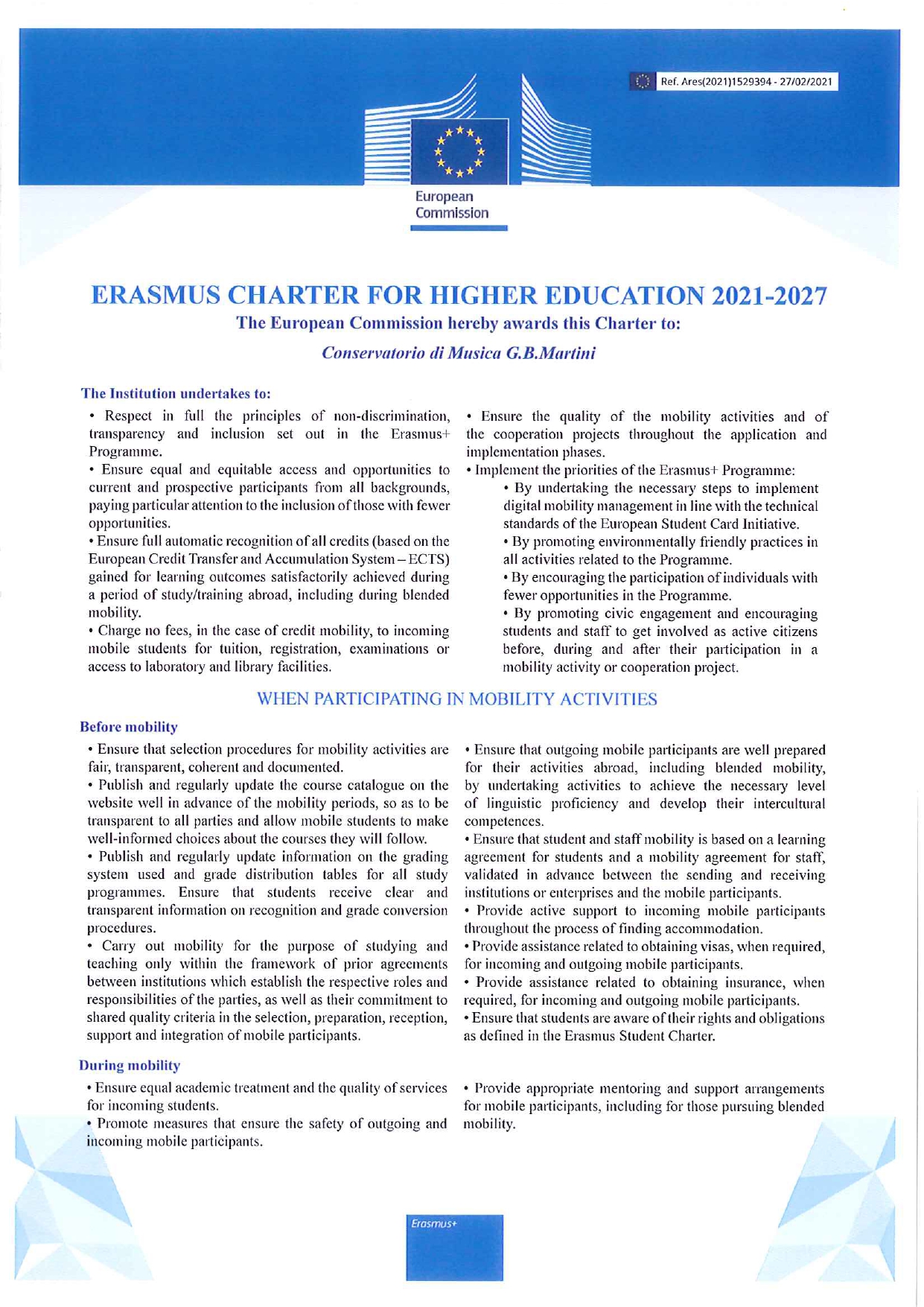 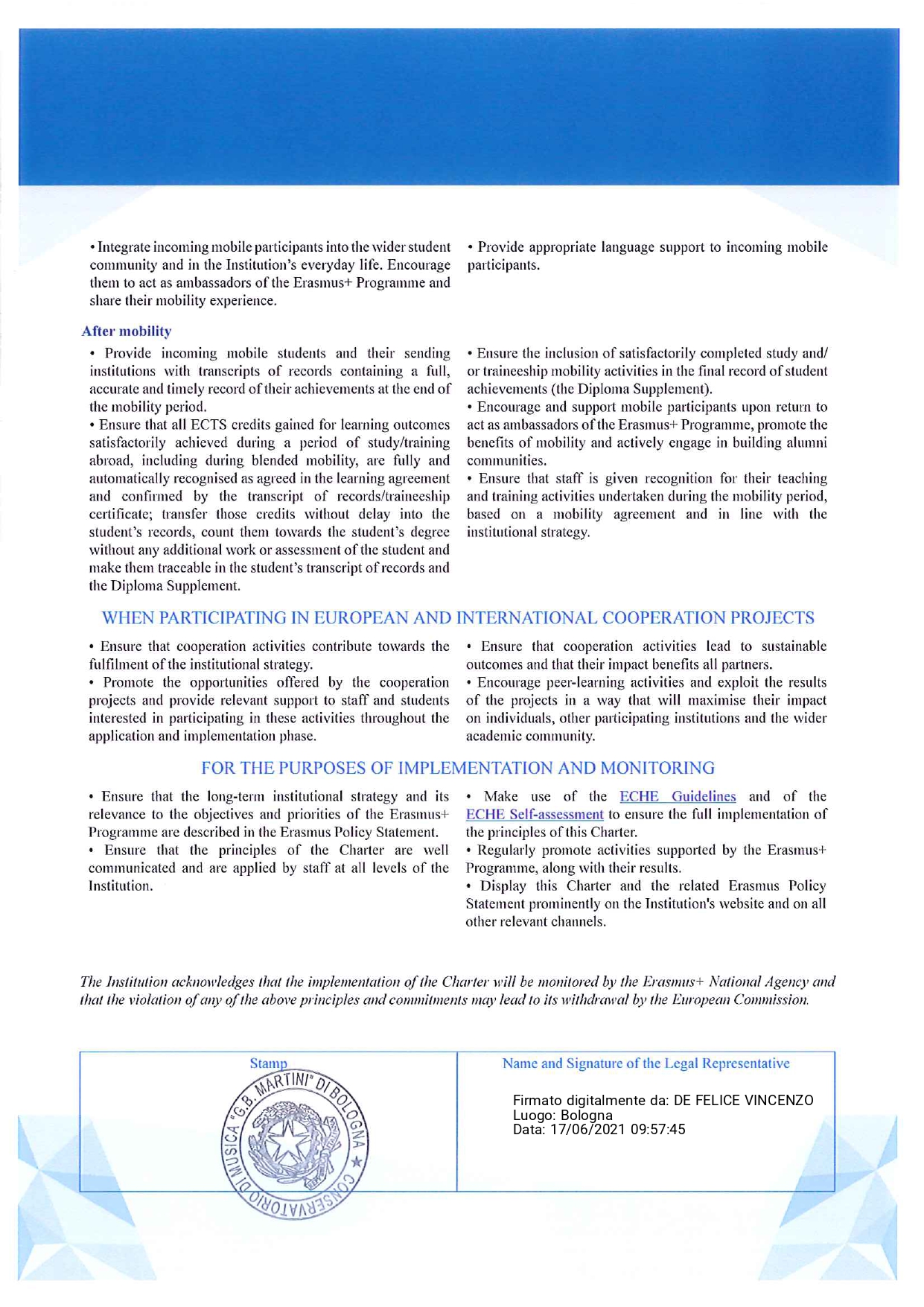 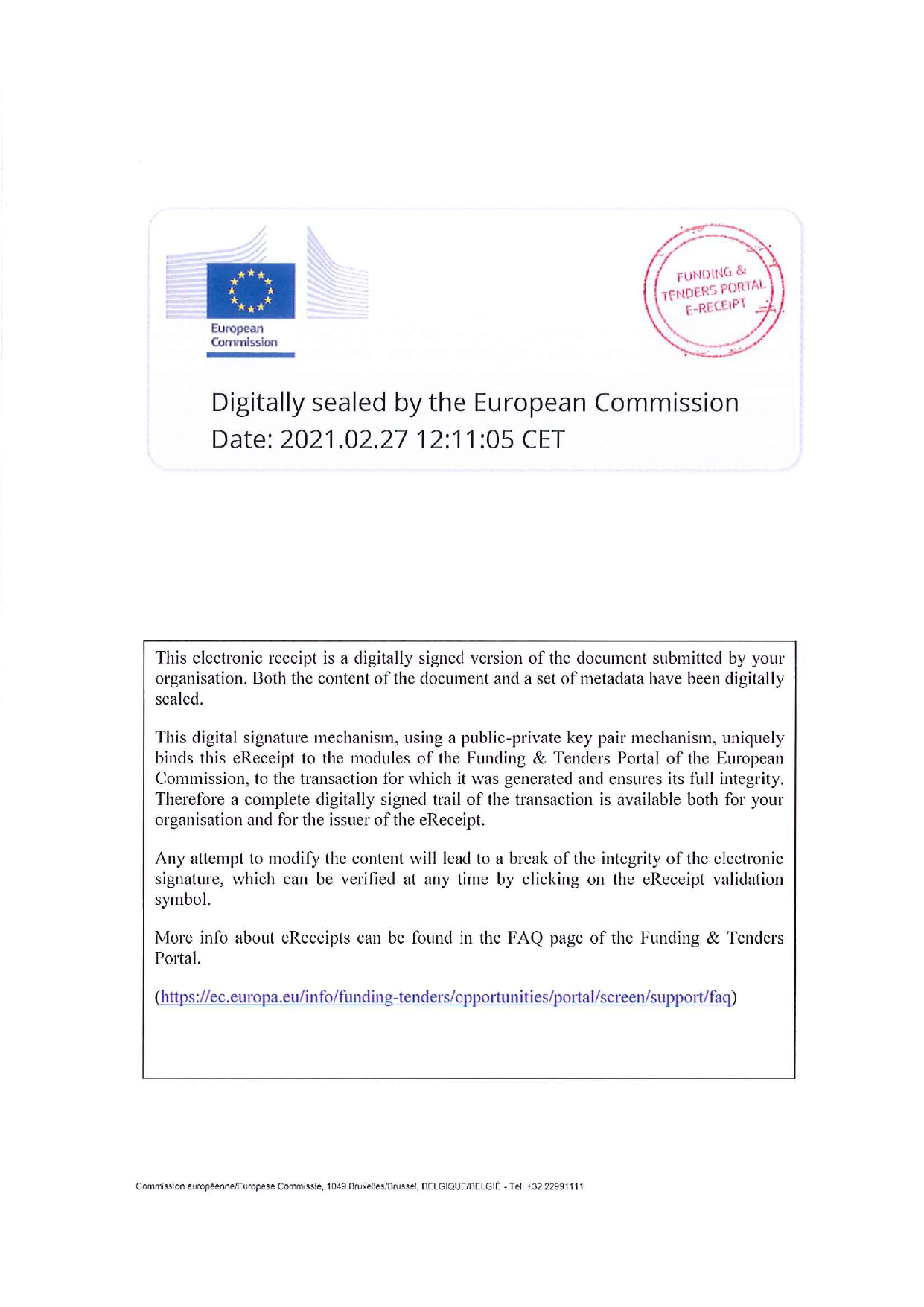 Bologna is “Creative City of Music” by UNESCO, first in Italy and second to Seville in Europe, and for this reason, in international context, the Conservatory of Bologna benefits from a unique privilege. Indeed, the city boasts a rich musical tradition in continuous evolution and a serious commitment to promoting music also as a means of economic development and social and cultural inclusion.
The Conservatory lives in this reality with other institutions in a relationship of fruitful cooperation, participating in international projects, and collaborating actively with local authorities, in particular with the Municipality of Bologna.
The Creative Cities Network, supported by UNESCO, of which the Municipality of Bologna is an integral part and of which even the Conservatory has enjoyed for the implementation and promotion of several projects, aims to create a bond to cities able to support and to make cultural creativity an essential element for their economic development, in order to promote the cultural industry.
Since 1991 the Municipality of Bologna is also a member of EUROCITIES and through this network the Cities can share their own experiences and support one another, giving value to their skills and  increasing the presence of their cultural products on national and international markets.  Under this network, the Municipality is currently activating cultural exchanges with Lyon and Toulouse, whose twinning was subscribed on 23rd November 1981 and confirmed on 13th March 1984 and it has already produced excellent results in the realisation of “Suona Francese” and “Suona Italiano” projects, to which fulfilment students and professors of the Conservatory have taken an active part.
In addition, joint programmes have been and are being carried out in the field of electronic music, composition and jazz schools, which are particularly active with the twin cities of the Municipality and which have found correspondence with the objectives and programmes of the institution in Bologna.
In particular, the electronic music school of the Conservatory is starting the second year of the  International Master in Creative Soundtrack Studies (InMICSS); the programme is part of the Cooperation on  innovation and exchange of optimal practices for the implementation of the “Joint European Programme for Music Creation for Audiovisual Media”. The EACEA Agency, in the context of the ERASMUS+ Programme, welcomed favourably the project presented in Spring 2014 promoted by the strategic partnership between the ‘G. B. Martini’ Conservatory in Bologna, the National Superior Conservatory of Music and Dance in Lyon (project leader), the KASK & Conservatorium School of Arts Hogent in Ghent and the University of Montreal with the support and benefit of professional partners such as the Cineteca Foundation of Bologna, the Film Fest Gent, the Institut Lumière.
It was an important result which has projected - and will project - even more the Conservatory of Bologna at the heart of the international scene. Moreover, the professional partners represent the link and contact between the academic world of music and cinema and the professional world, and offer a valuable opportunity  to students who will be attending the programme.http://www.inmics.org/ The implementation of the European area in the near future of the Conservatory aims to achieve several objectives that can be summarised as follows:

Participation in European projects such as the Erasmus+ Programme has given a strong impetus to the Institution's  internationalisation action in teaching through exchanges of teachers, administrative staff and obviously students, supported by bilateral agreements. Currently there are 56 bilateral agreements, which have been signed favouring a geographical distribution as complete as possible but with particular attention to the partner universities’ academic courses. Even in the future, collaborative relationships will be established in relation to the different courses in order to guarantee students and staff the chance to take advantage of the same plurality of the offer present within the Conservatory of Bologna, where all areas, from ancient music to new musical languages and technologies such as electronic music, applied music and jazz music, find space.
Objective of the near future is increasing the number of cooperation and improving the quality of the existing ones, but above all promoting the activities that can guarantee interdisciplinarity of projects in order to face and study different aspects of music and more. Complex and articulated projects involve compositional and performative area, namely the creativity of younger generations. To this end, the cooperation between partners is more productive if it takes advantage of the use of specific skills which are not present within our Conservatory, in particular of Performing arts such as dance and acting, providing added value to the educational offer of the Institute.
Objective: organisation and implementation of international cooperation
For a long time the ‘G.B. Martini’ Conservatory of Bologna has set up an International Relations Office to which the implementation of projects, in which the Institute decide to participate after the approval from the Academic Council, is entrusted.
In particular, the International Relations Office deals with:

Flanked with it, there are also the Production Office, for the most complex projects, and the Press Office, which deals with promotion and dissemination.
The work of the International Relations Office is also intertwined with the Conservatory’s  Administrative Office, which handles the financial aspects of the various projects.
Finally, there has been launched a close cooperation with the cultural area of the Municipality of Bologna and particularly with the International Relations, Cooperation and Projects Office, which, among other functions, provides specialist support and guarantees further internal and external visibility of the managed projects.
For several years now, the Student Office has also been working at the Conservatory to provide useful information to exchange students, in particular on:

In this area, agreements with Bologna local theatre and the most important music associations have been initiated. The service provides information on musical seasons, deals with facilitation and discounts for entering shows and concerts of the theatre and the concert associations of Bologna. The Student Office head handles the necessary and specific organisation for the complete use of the service, exclusively reserved to the Conservatory’s students and teachers.
In conclusion, the continuity to be guaranteed to the Master International Creative Soundtrack Studies (InMICSS) and the possibility of activating other forms of partnership with other institutions is one of the actions to be supported in order to achieve the objectives of the Institution's institutional strategy. In support of the action, the Conservatory has activated the enrolment in the European Association of Music Conservatories, an organisation which offers new opportunity for exchange and debate on specific areas in which the Conservatory is investing: ancient music, electronic music and new technologies, research and third cycle.

The Erasmus+ Programme stands at the heart of the Institution’s internationalisation action which considers participation in the Programme a valuable tool to achieve important qualitative and quantitative targets, which can be summarised as follows: